I couldn't believe how the Victorians built these giant 'Ice houses' and stored ice that thewy shipped in, in order to preserve their food. I n this case it was on The Thames. But it was extraordinary. It was a good job I had a torch or I could havevery easily met my death out there.My camrea died, so I have rubbish phone piuctures. The echoes in the giant brick igloo were fantastic.

Apparently it was owned by Lord Harcourt back in the day and he presumably got people to ship in rthe ice from the arctic. How funny, and it was at the top of thi sgiant hill - which seemed odd to me...Practically having to climb a cliff, in order to reach the place where it was stored. (Maybe it had to be deep in order to keep the ice cool?) But it strikes me that perhaps there is another entry - an undergrouhnd tunnel perhaps? I need to investigate further. haha, it wa quite funny thogh - I found the 'proper' path as soon as I'd foot-sledged down the near-cliff sloped hill.

I'm going to go back and take some pictures, because I can't get my phone pictures on to here - not that you can make out a damn thing in them anyway.
Posted by Rebecca at 11:37 No comments: 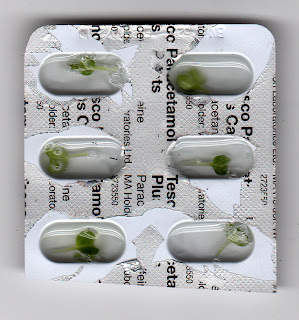 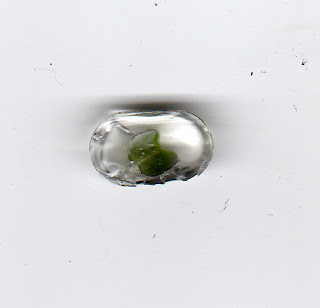 I have the resin gun. I have the resin.
And I've started making the time capsules of cress. They're not all that easy to get right...but I'm getting better at it, I think. If anyone has any empty paracetamol packets please send them to me.
Posted by Rebecca at 08:04 1 comment:

I meant to say this to Tom after we had a discussion about it - I now have a firmer opinion on it.
puff vs. shortcrust pastry.
Good shortcrust beats puff, but puff is a guaranteed non-disappointer.
I could just tell him, but I thought i'd write it instead, as it's silly o'clock.
Posted by Rebecca at 11:34 1 comment: 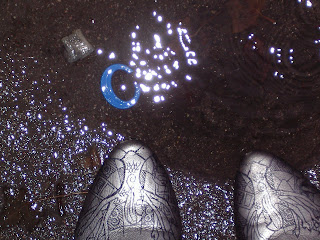 I noticed this while I was running in the rain. Someone must have dropped a fridge alphabet magnetic letter in a puddle.
Posted by Rebecca at 07:08 No comments: