Broken lightbulb in the corner of the studio, looking at the remains, the filament/element? (one's in a kettle, and one's in a lightbulb) looked like the arms of a woman...she just needed something to emphasise her head a little more, so I found some pieces of blu-tack off the wall, and sculpted a head on her tiny body. I was meant to be putting up a show. Spent the morning axing down walls of the studio so she was standing amongst broken pieces of wall and peeled, scattered paint.
I gathered together her glass remains and took her home, and filmed her trying to piece herself back together. The sounds of the glass that she made were fantastic. I projected the video inside a fridge when I showed people. Unfortunately, I don't have a video of this event.

The combination of sounds (the movement of the shattered glass echoing inside the fridge) made me want to try out other places for her to go. So i will come back to her and take her to
some other places soon I think.

I came back to her, and put her inside a big fridge as opposed to the tiny one I had in the studio. 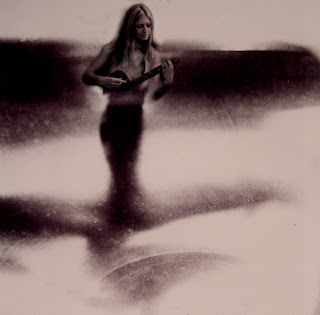 as mermaid.
Posted by Rebecca at 11:27 No comments:

dolphin gallery exhibition
Posted by Rebecca at 21:36 No comments: